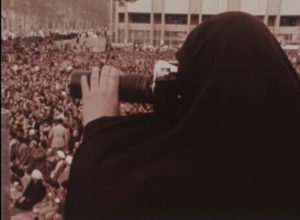 It has happened more than once. While speaking with documentary filmmakers of a certain generation (Med Hondo, one of the greatest African filmmakers, for one) I have been told how much they would have loved to go to Iran in 1978 to film, document and report back on the revolution as it was happening – followed by an expression of regret, that they couldn’t get into the country. This conversational turn has been repeated often enough that when that great documentarian of our time, Jocelyne Saab, talked about wanting to shoot the Iranian revolution, I hastily and foolishly jumped ahead, saying “But you couldn’t get in, could you?” She gave me one of her calm smiles and replied: “I could, and I made a film about it – Iran, Utopia in the Making – which was shown on public television in Japan, Algeria, Sweden and Switzerland.”

I assumed I knew the images from that revolution, which changed the face and the fate of the country, but here was one more piece to be added to the unsolved puzzle of one of the most eventful chapters in the 20th century. Often erroneously called the “Islamic Revolution” (which defines its outcome more than its origins or development), the Iranian revolution was a leap into the unknown. Now we can shed a little more light on the period, thanks to the curatorial efforts undertaken to gather a wide range of films dealing with the subject – not least Jocelyne Saab’s film, in what I believe to be its online premiere.

Of course, Saab was only one of the handful of people who became the documentarians of the change. The revolution was not televised in its place of origin – where television was (and continues to be) owned and run by the state. Nevertheless, the masses were busy fighting it, seeing it from their rooftops, feeling it, smelling the burned tires and tear gas. Though state television suppressed footage of what was transpiring in Iran, it hardly stopped people from filming on Super 8mm and recording the sound of the chants on portable cassette recorders. This curatorial project brings together some of those scattered documents, which have been given coherence by filmmakers of talent and vision.

There is plenty to explore, including the rare presentation of works by the restless filmmakers (and fighters) Amir Naderi and Kianoush Ayyari – both Search One and The Newborns still convey an incredible sense of urgency. The programme starts with a flashback within a flashback, charting what went on in Iran in the decades before the revolution; giving viewers an understanding of the conditions which led to the uprising. The majority of the titles, however, deal with the turbulent months of 1978-79. What was not shown at the time needed to be revisited later, through compilation films such as the classic For Freedom (Hossein Torabi), which takes a view closer to that of the winning side, nonetheless a compelling one.

I must add that I appreciate the care with which the programmers have chosen to include so many perspectives. Even though the directions taken by the revolution after the groundswell of 1979 meant that much of the initial optimism quickly faded, the essence of a revolution can better be understood through the dialectic of contrasting images, which mirror the very dialectics which once fueled the political fervour itself. 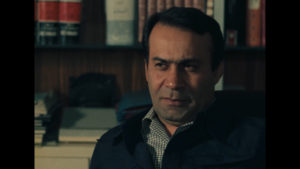 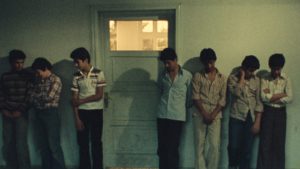 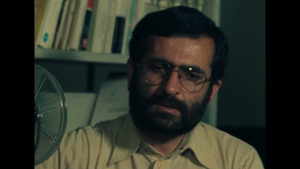 Since the Iranian revolution was defined by the breaking up of an old image and the creation of a new one, cinema – at once a tool of truth and manipulation, and an institution to be rejected as corrupting by reactionaries of the revolution – became central to the revolutionary debate. A series of films presented here deal with this subject in different ways, my own Filmfarsi among them. Reza Razavi, in his Seconds of Lead, is particularly good at confronting the myth of cinema and the images of revolution. Digging up the past by searching through the history of recorded footage is a common approach among some of the more recent films made about the Iranian revolution. However, there are some unique examples such as Abbas Kiarostami’s First Case, Second Case whose take on the event is a metaphorical one. 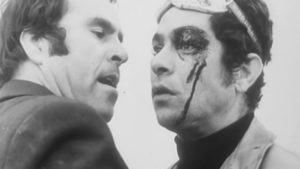 Kiarostami’s film was already in production when the revolution began but plans had to be revised once the movement was successful. First Case, Second Case is a vivid document of the various sides engaged in the revolutionary discourse and its key dilemmas: betrayal or camaraderie; moral fortitude or group integrity; human rights or ideological goals? The fate of the interviewees should tell us how right Kiarostami was in his usual wisdom: some of them were imprisoned soon after because of their political ideas, and at least one was executed. Such was the fate of the revolution, which ended before it properly began.