This program covers the 1979 revolution from many different angles. ‘The Pulse of History’ and the restored version of ‘For Freedom’ shows us real-time revolution footage. ‘The Newborns’, now in its enhanced format, portrays a vision of post-revolution Tehran while, ‘Iran, Utopia in the Making’ in its online streaming premiere, takes the viewer all around this fascinating country. In the aftermath of the revolution, women’s rights became a much-debated topic in society and is the subject matter of ‘Iranian Women’s Liberation Movement: Year Zero’. A newly enhanced version of ‘Search One’ follows the quest for those who went missing during the revolution. And the now restored ‘First Case, Second Case’ is essential viewing for those who want a deeper understanding of the ideological differences which split the revolution into various factions.

The role of cinema itself, both before and after 1979, inevitably became an obvious subject for many Iranian filmmakers. Many years after the revolution, some of them were driven to revisit and explore life in Iran as told through the prism of cinema and from an artist’s perspective. Among that body of work are documentaries such as ‘Blames & Flames’, ‘Seconds of Lead’, ‘Iran: A Cinematographic Revolution’ and ‘Filmfarsi’.

Regardless of one’s take on the revolution or knowledge about it, we feel that these thought-provoking documentaries will undoubtedly appeal to many people.

by Hossein Torabi • A feature documentary by Hossein Torabi about the last days of the Shah's regime; a film that was once ranked amongst one of the “Ten Documentaries that Shook the World”. 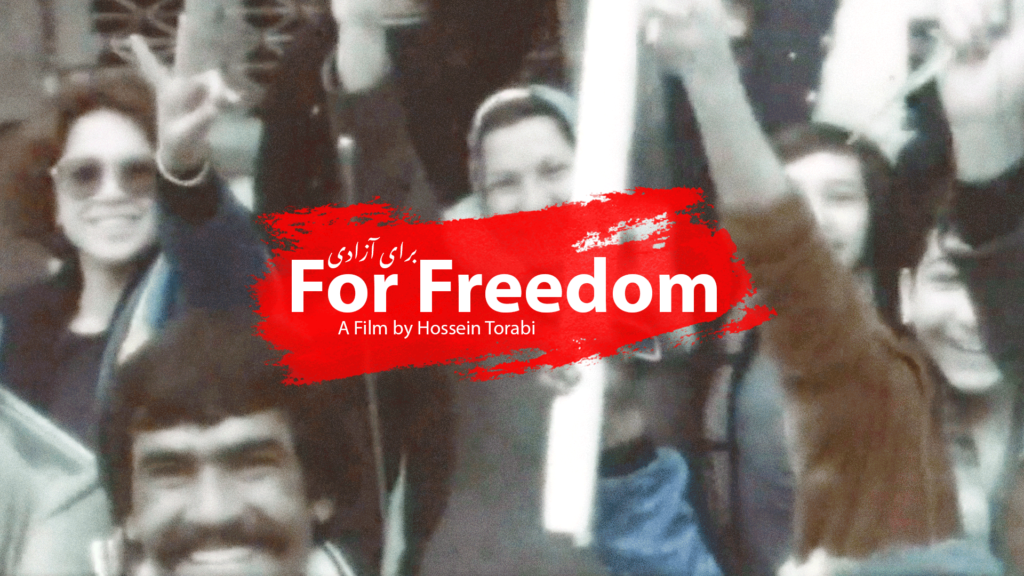 The Pulse of History

by Asghar Fardoust & Davood Kanaani • In the early days of the revolution, three young cameramen working for the National TV take their cameras out on to the streets of Tehran to capture the people’s revolution. 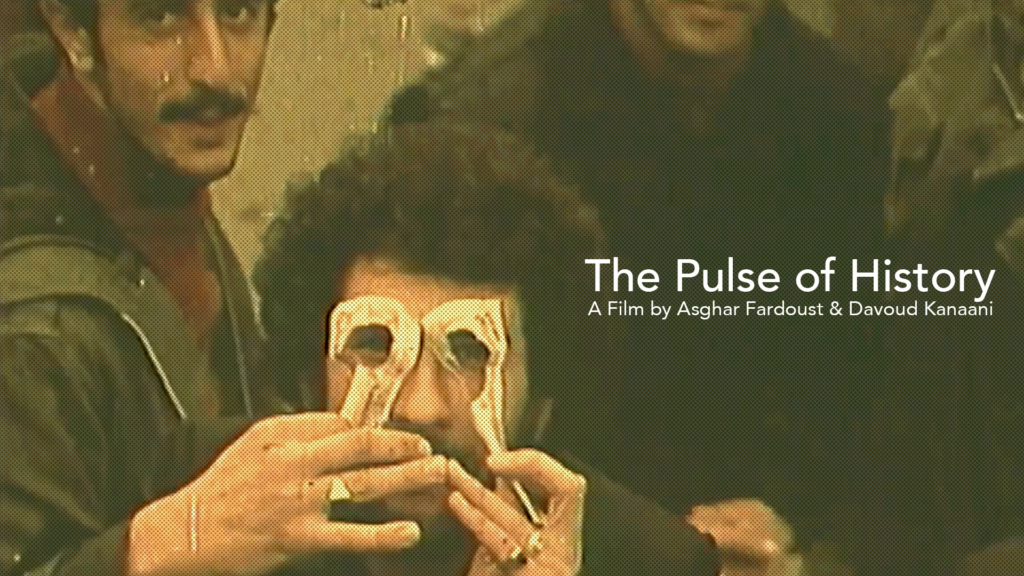 by Claudine Mulard • From March 8 to March 13, Iranian women and liberals demonstrate in the streets against the veil. A crew of four French feminists filmed these historic events before being expelled by the Islamic government. 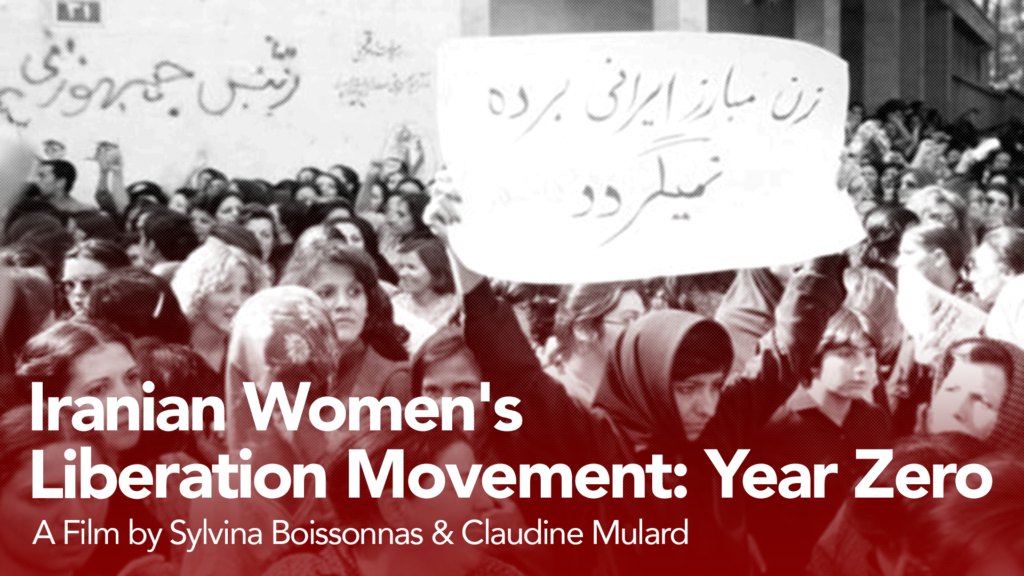 by Abbas Kiarostami • This banned and rarely seen pseudo-documentary by Kiarostami is a testimony to his seldom acknowledged political shrewdness and his objective, complex perspective on the tumultuous events of the late 70s in Iran, culminating in the revolution. Remarkably, he achieved this without leaving his comfort zone, the classroom setting, and by staying faithful to his inquiring style, with its subtle, imaginative manipulation of recorded reality. 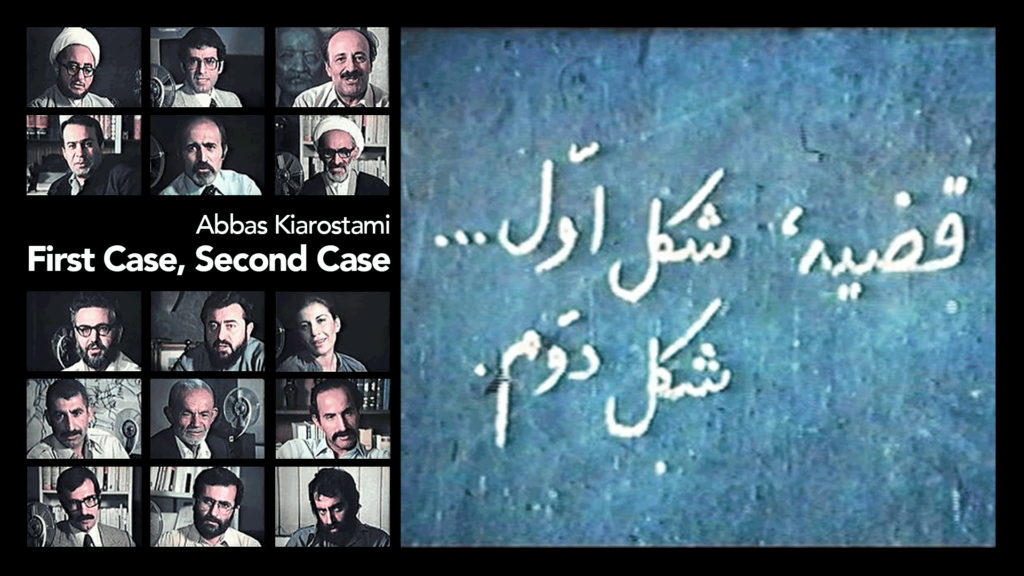 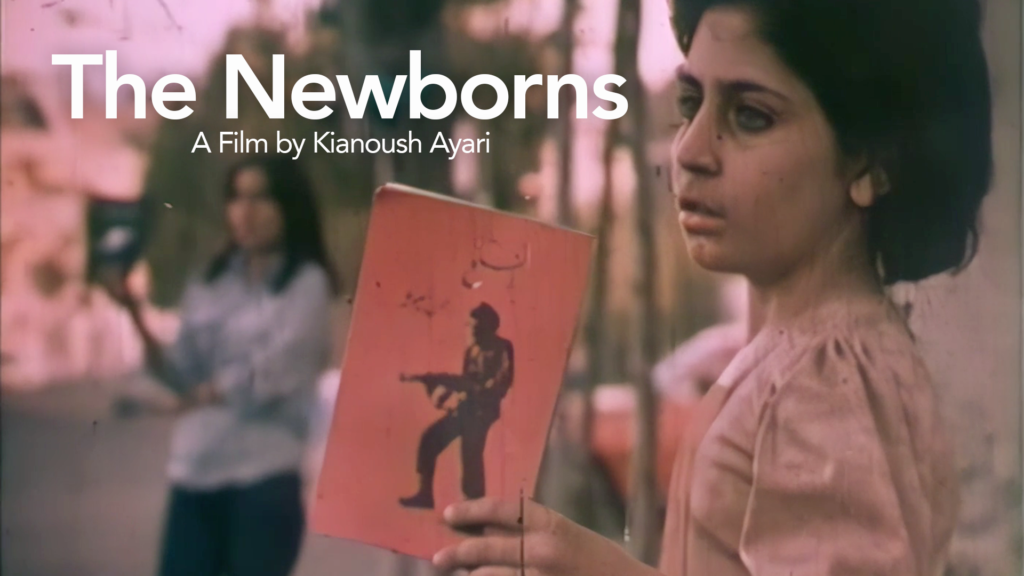 by Amir Naderi • Amir Naderi's first feature documentary in which he searches for those who went missing after the massacre of ‘Black Friday’ in 1978. 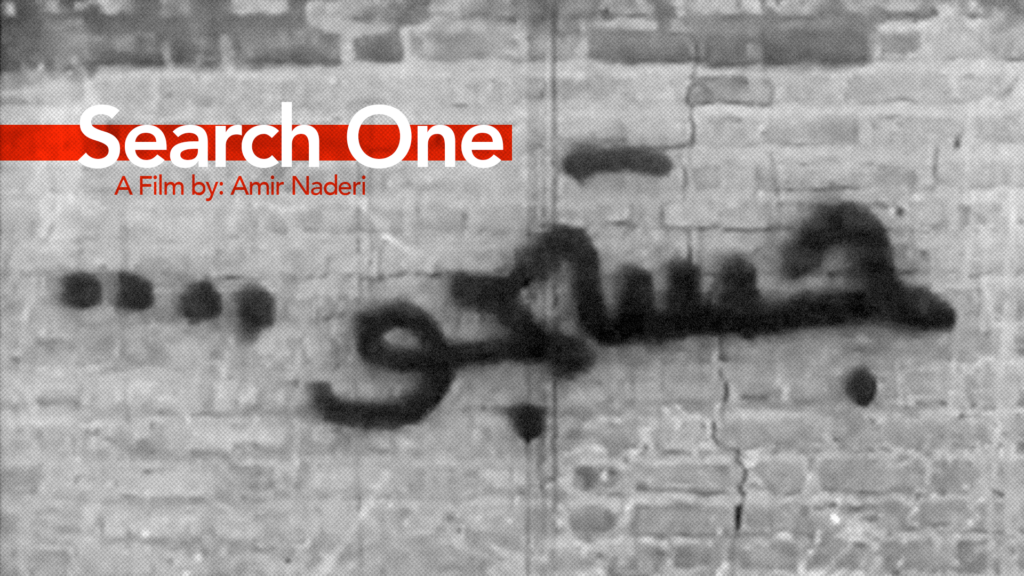 Iran, Utopia in the Making

by Jocelyne Saab • Made by Lebanese filmmaker, Jocelyn Saab, the film questions Iranian society as a whole in order to understand what this wave of change means for the Muslim world. 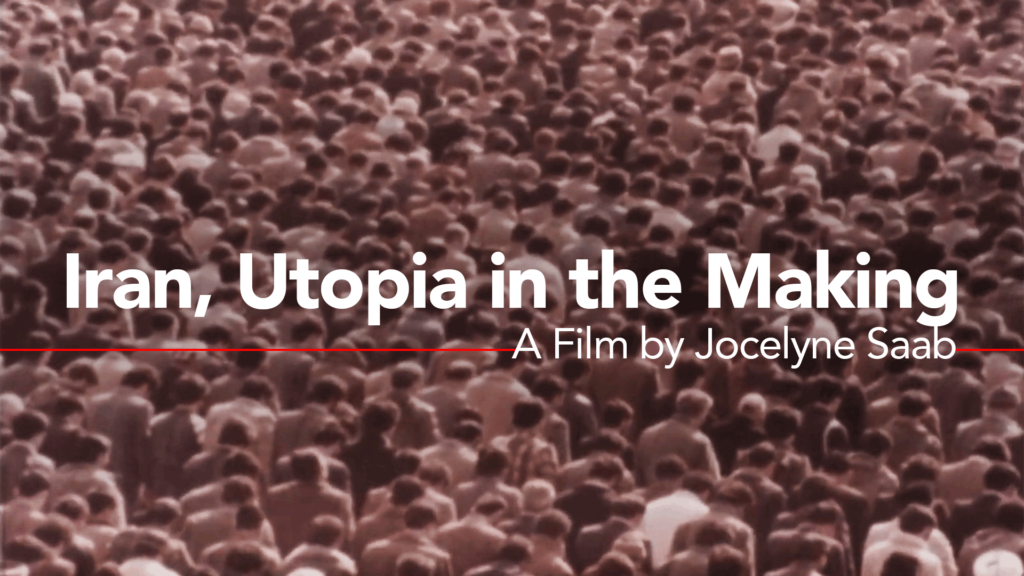 by Ali Asghar Agah Banaei • The first, and only, experimental documentary ever made about the 1979 revolution. 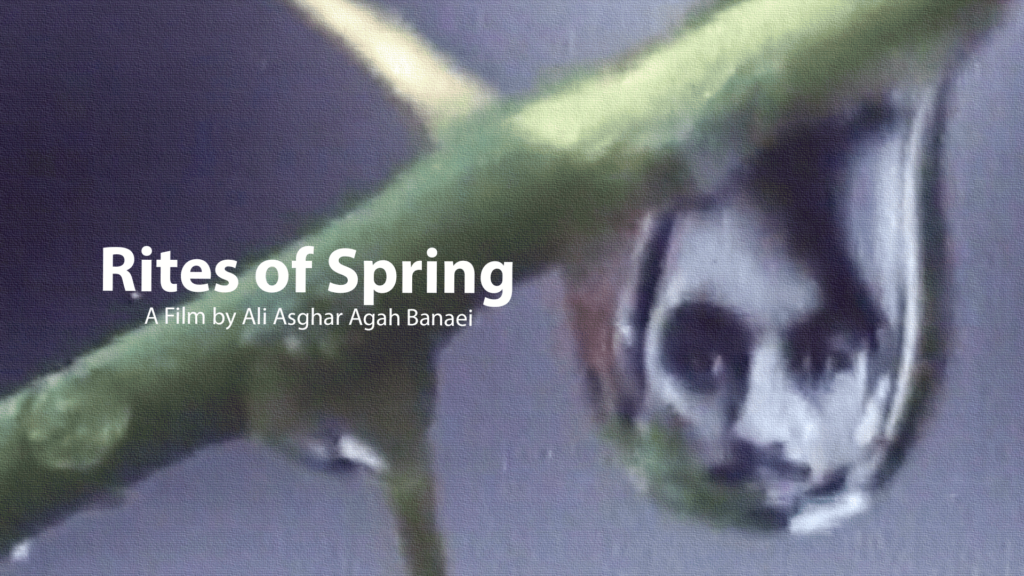 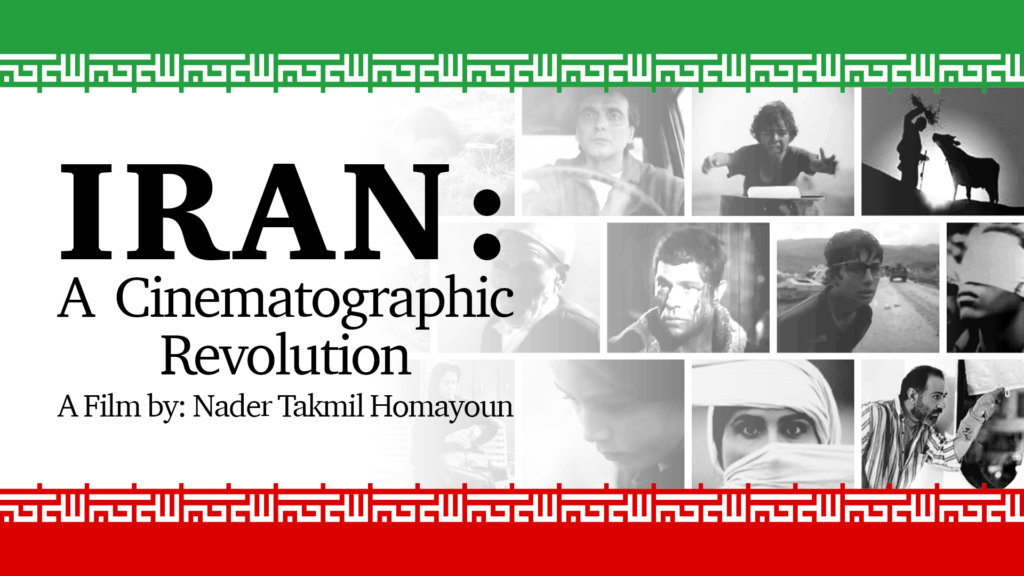 by Abbas Amini • A short documentary by Abbas Amini investigates the Cinema Rex fire in Abadan on the 30th anniversary of that tragedy. 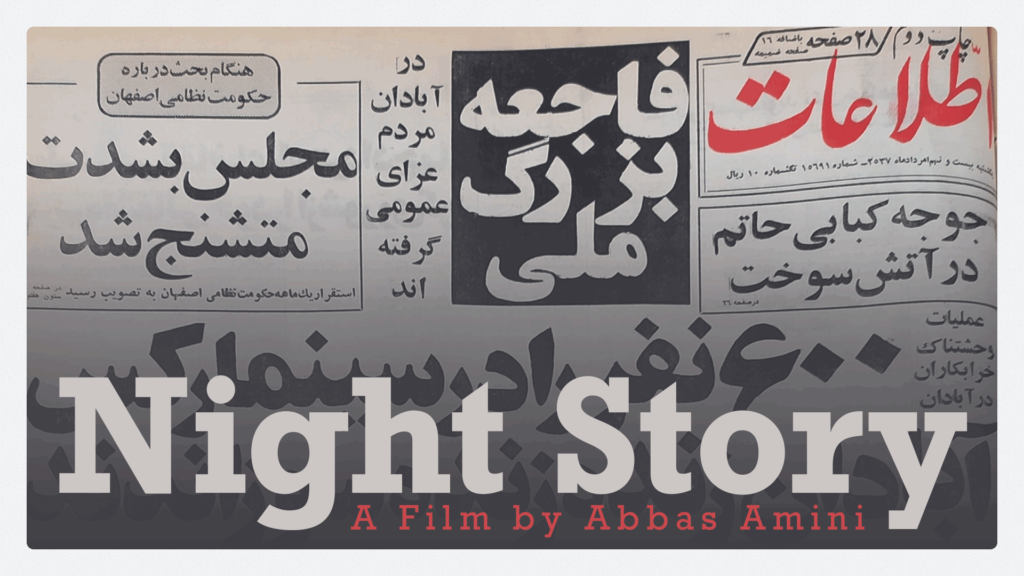 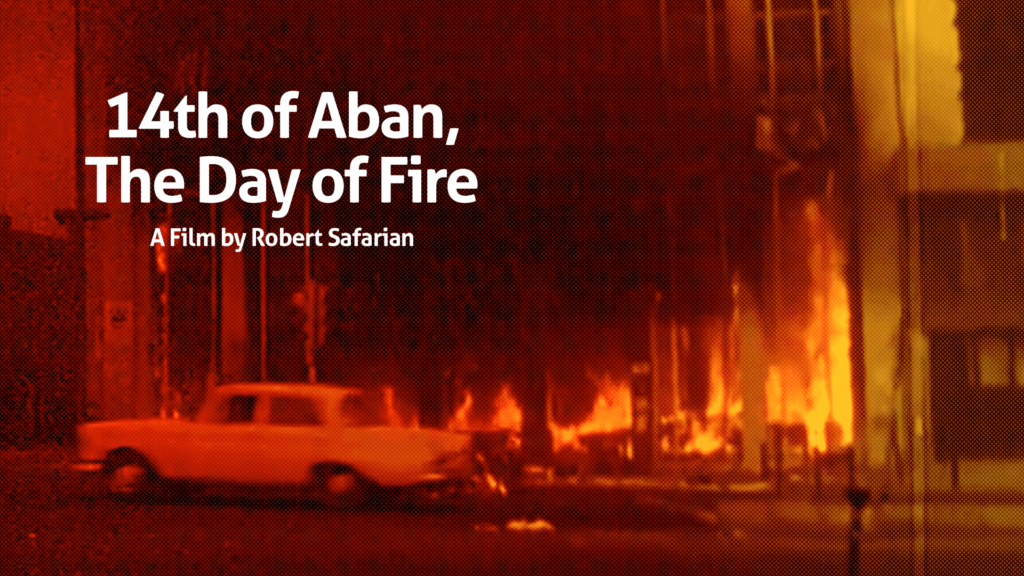 by Susan Bayani • To mark the 30th anniversary of the revolution, Susan Bayani makes a short documentary about “Search One” by Amir Naderi and the challenges he had to go through to make his first ever documentary. 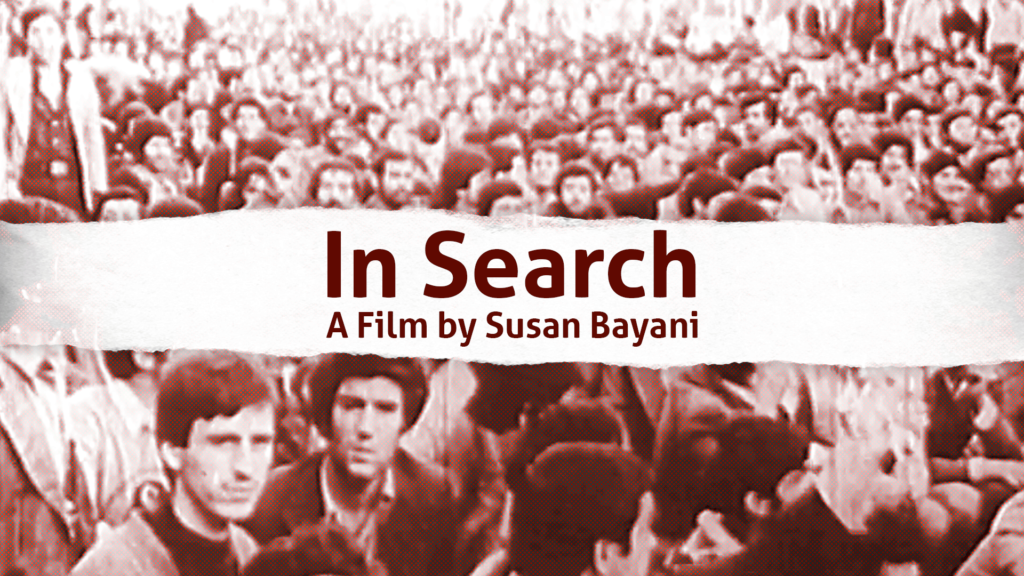 Once Upon A Time for Freedom

by Mehdi Asadi • In 2009, on the 30th anniversary of the revolution, Mehdi Asadi decides to make a short documentary about a feature film by Hossein Torabi called “For Freedom” which had been recognised as one of the “Ten Documentaries that Shook the World” by Mark Cousins. 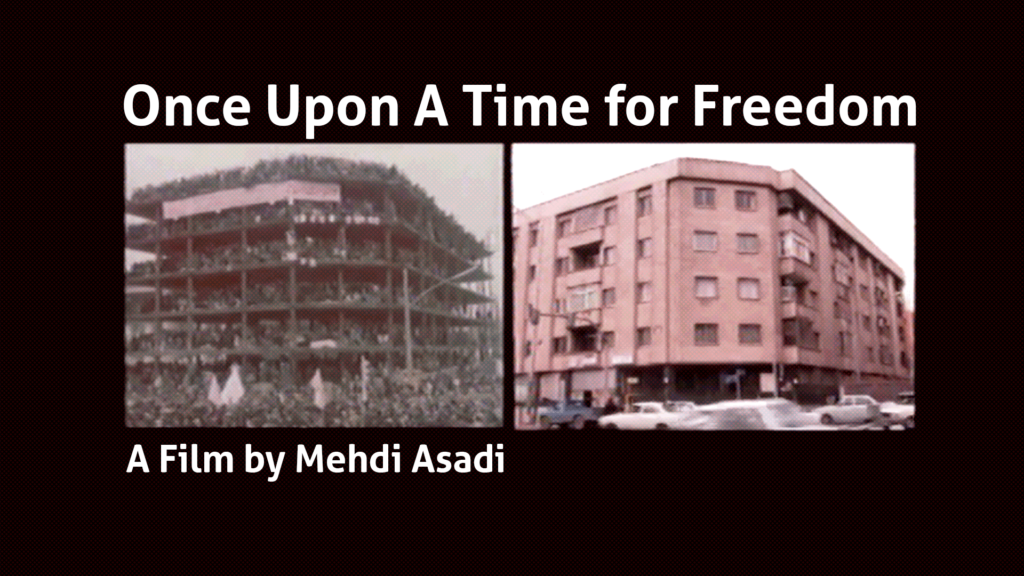 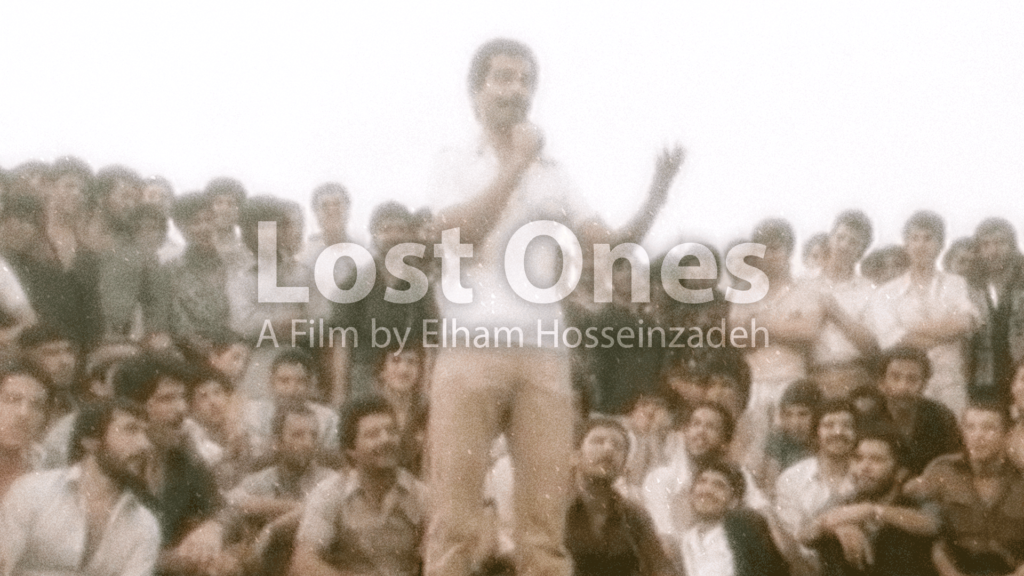 The Footage that Disappeared

by Hamid Jafari • Inspired by the most important film derived from the magnificent work of three cameramen in the early days of the revolution, Hamid Jafari wants to know what happened to the remaining rushes of “The Pulse of History”. 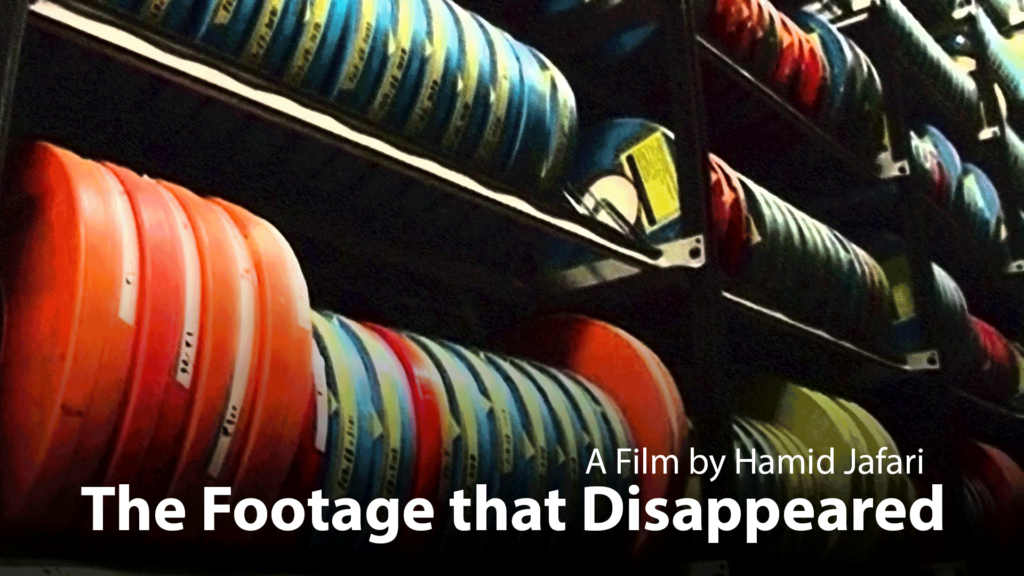 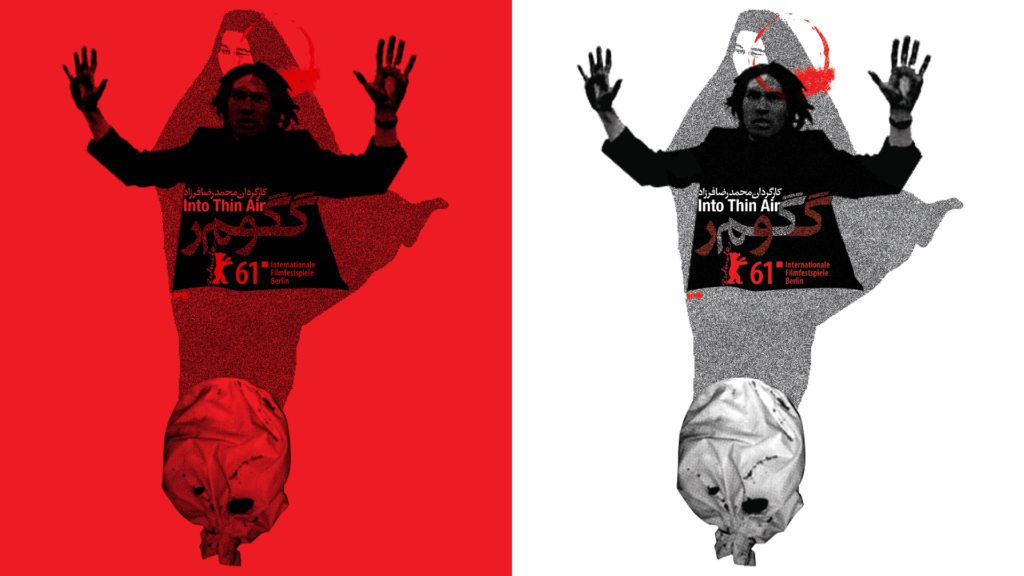 Conversation with the Revolution

by Robert Safarian • The 1979 revolution was covered by countless films and photos. This semitopological short film essay asks what they really have to show us and what they can tell us about that period. 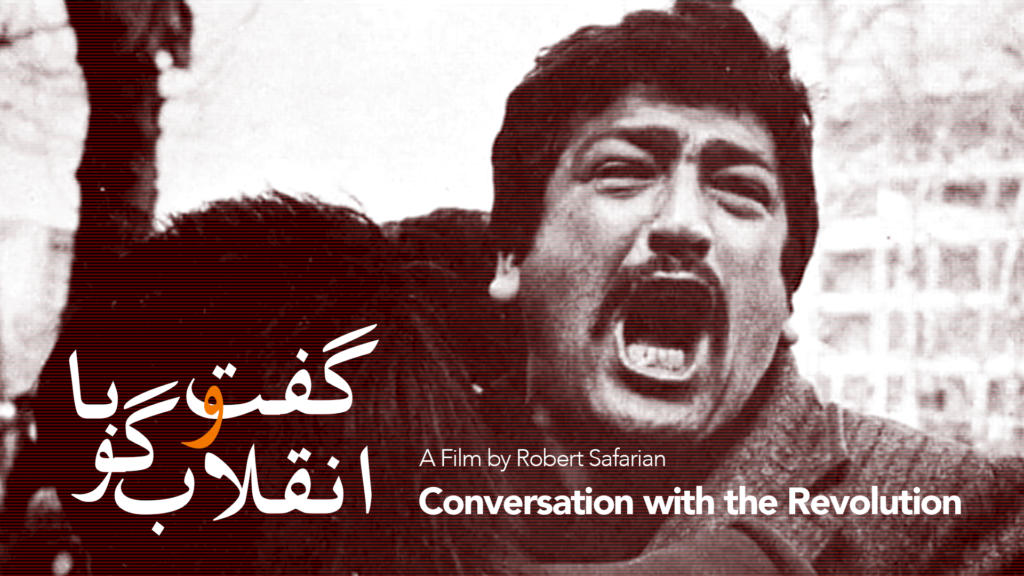 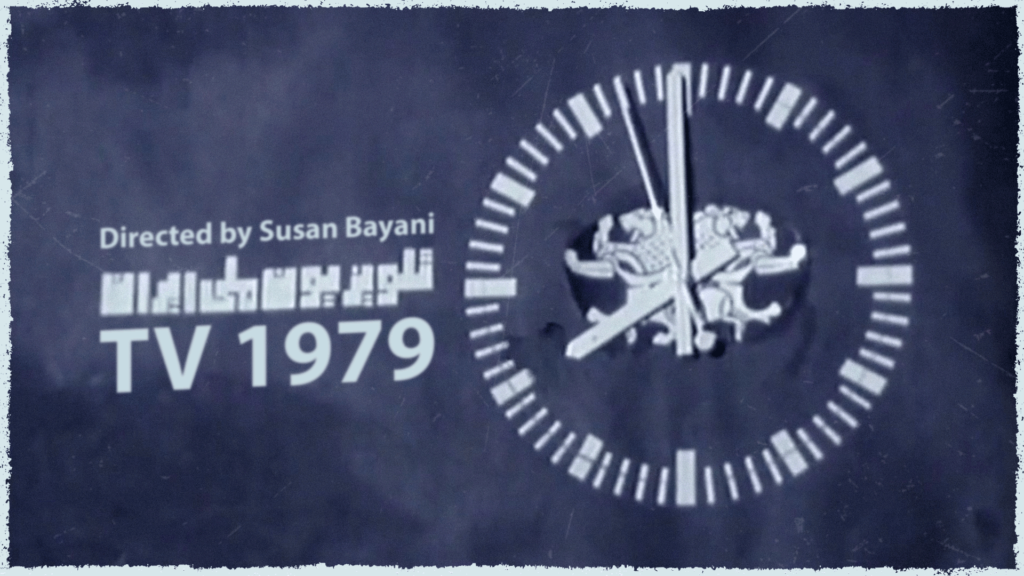 by Mohammadreza Farzad • In 1978, on the verge of the revolution, more than 130 cinemas burned down across Iran, including 28 in Tehran. Who set them on fire, how was it done, and why? 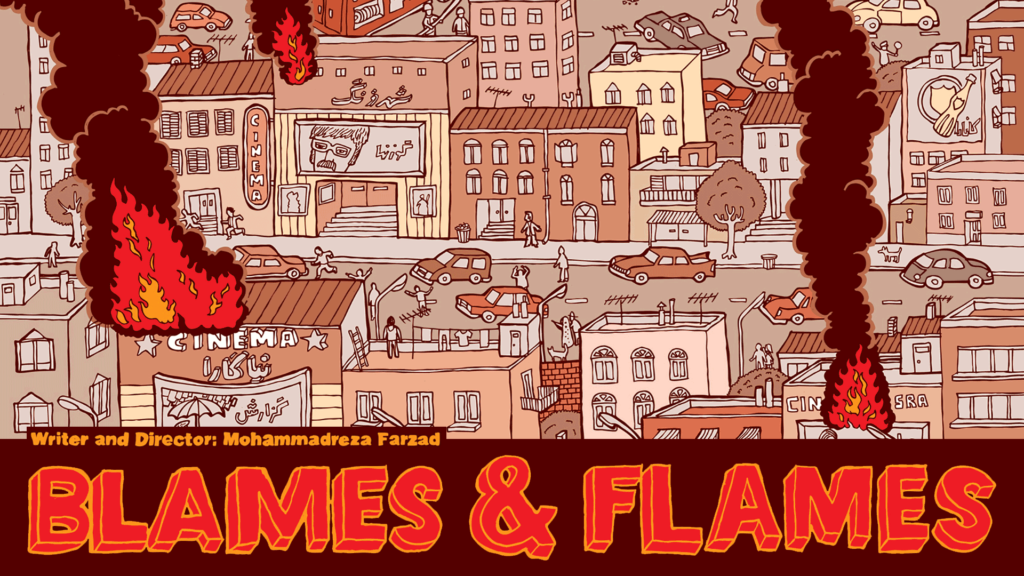 by Dan Shadur • A documentary thriller describing the last days of the Israeli community in Tehran, on the eve of the Islamic Revolution in 1979. 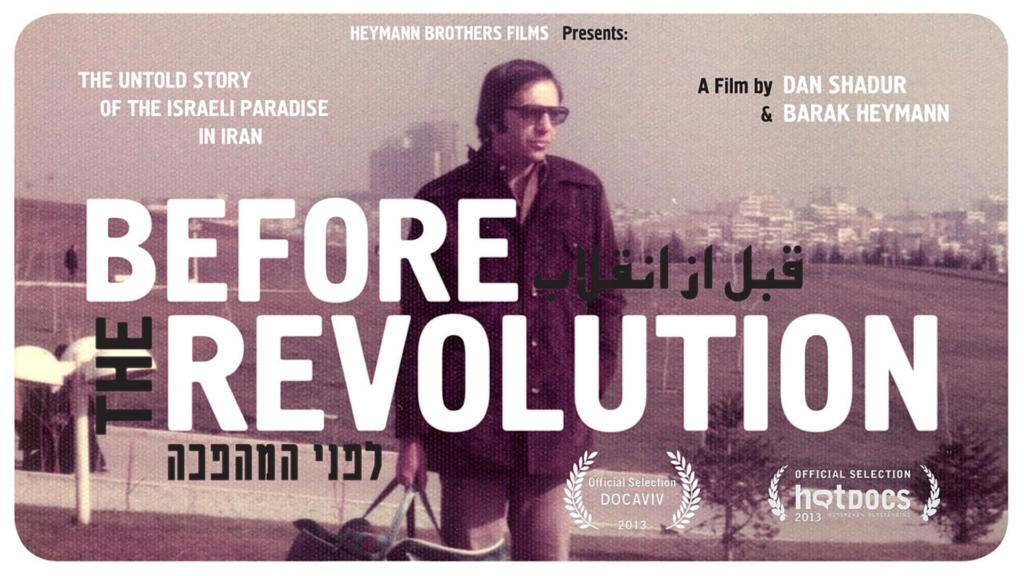 by Seyed Reza Razavi • While conducting research for her new book about the events of 8 September 1978, an Iranian novelist comes across a documentary which includes an interview with a cinema projectionist who witnessed the carnage. 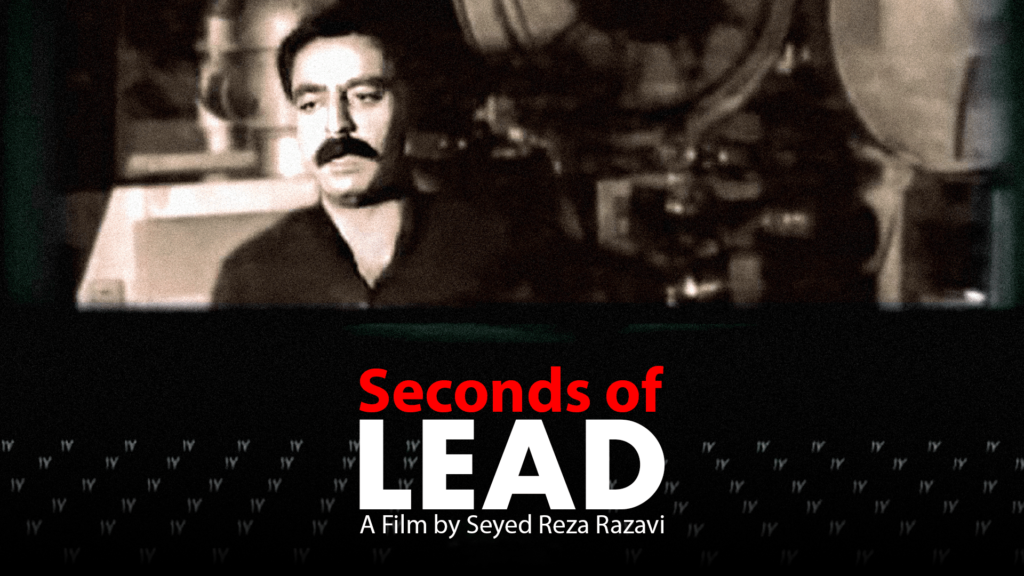 Decadence and Downfall: The Shah of Iran's Ultimate Party

by Hassan Amini • A BBC Storyville documentary about the lavish party thrown by the Shah of Iran in 1971 which marked the gap between the so-called 'king of kings', and the ordinary people of Iran he reigned over. 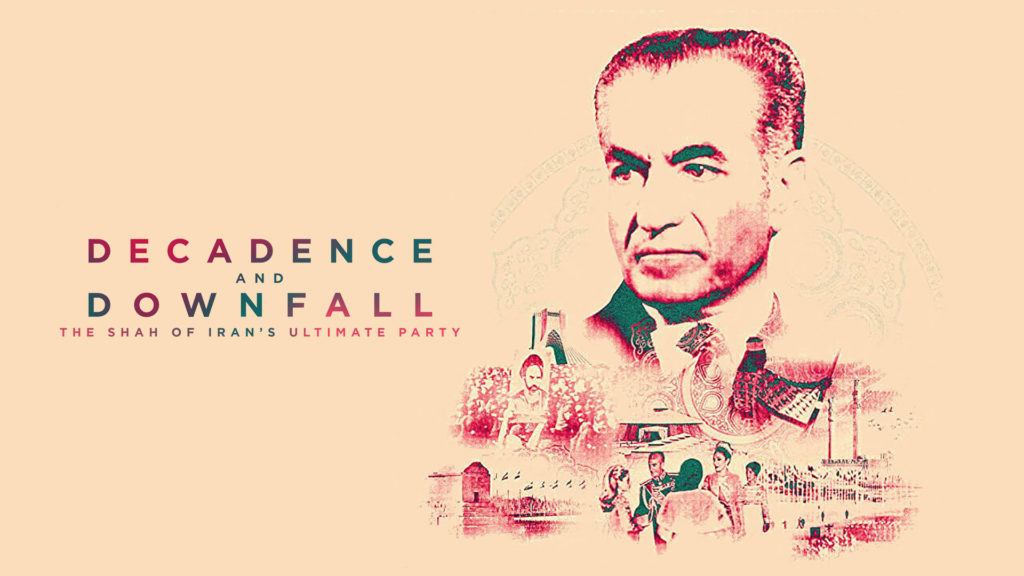 by Seyed Reza Razavi • A documentary filmmaker in search of people who had filmed a 20-second footage of a massacre during 1979 Iranian revolution. 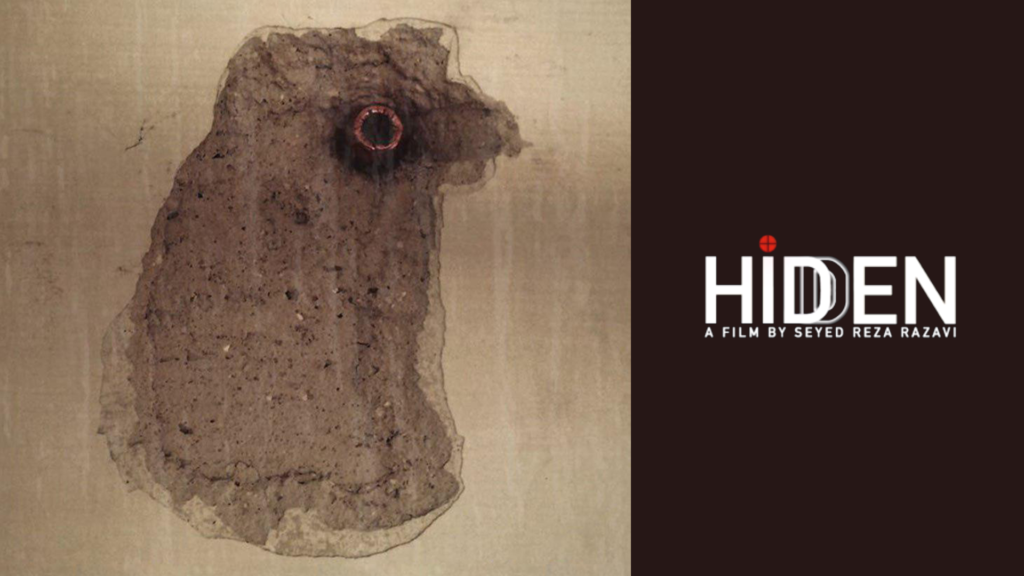 by Ehsan Khoshbakht • An essay-film about Iranian pre-revolutionary popular cinema known as Filmfarsi. 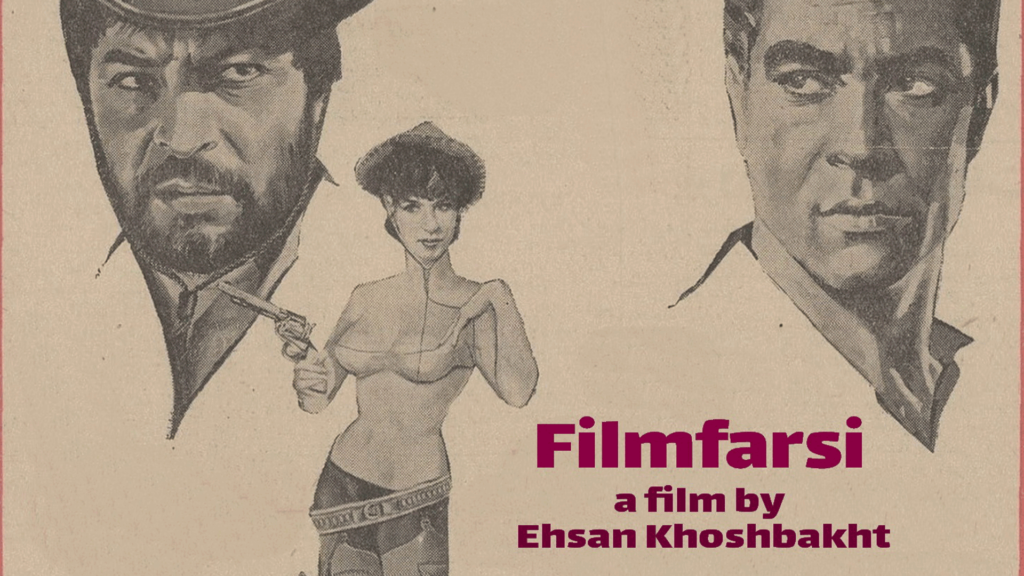